BioStock published an article on 31 August 2022 about Cyxone, which can be read in full below.

Biopharmaceutical company Cyxone is fully focused on the upcoming phase IIb study with the candidate Rabeximod in rheumatoid arthritis. In the company’s recently published interim report, acting CEO Carl-Magnus Högerkorp describes the preparatory work and updates on events in the company’s pipeline. BioStock reached out to Högerkorp to find out more about the study and coming activities.

In the interim report for the second quarter of 2022, Malmö-based Cyxone reported an operating loss of SEK 12.7 million. Cash flow from operating activities was reported at SEK -20.3 million and cash and cash equivalents amounted to SEK 48.6 million at the end of the quarter.

In addition to the financial update, Cyxone reported on several personnel changes in the company. In June, Chief Operating Officer Carl-Magnus Högerkorp assumed the position of acting CEO when the board dismissed Tara Heitner as CEO. Learn more. The board also decided that Bert Junno will be executive chairman to manage investor relations and assist in legal and contractual issues.

The study with Rabeximod ready to start
The organizational changes are aimed to keep Cyxone fully focused on the preparation and initiation of the phase IIb study in rheumatoid arthritis (RA) with the candidate Rabeximod, which is expected to start in the autumn of 2022.

During the summer, Cyxone submitted applications to regulatory authorities in Poland, Hungary and Georgia to start the clinical study. The company believes that patient recruitment can start quickly in these countries and is awaiting a decision shortly from the countries’ respective bodies.

Attention around T20K
For Cyxone’s drug candidate in multiple sclerosis (MS), T20K, the company is working on an optimisation of the manufacturing process. In a pilot study, the company and its partners are investigating how to achieve both higher quality and lower costs in manufacturing.

In August, an article was published in the scientific journal Biomedicine & Pharmacotherapy about T20K. The researchers behind the article reported findings that indicate that T20K may have an effect on cancer. The findings show the breadth of the drug candidate, but at present Cyxone is still focused on MS. Carl-Magnus Högerkorp commented on the news in a recent interview with BioStock, read the interview here.

Cyxone looks forward to study start
To find out more about the latest activities and what to expect during the autumn, BioStock reached out to Carl-Magnus Högerkorp.

Carl-Magnus, in the Q2 report you stated cash and cash equivalents of SEK 48.6 million, what does the financial planning look like in the company going forward?

– Currently, the cash position is sufficient and covers the budget we have set for the next activities required to start the phase IIb study and to carry out other preclinical and non-clinical development activities. 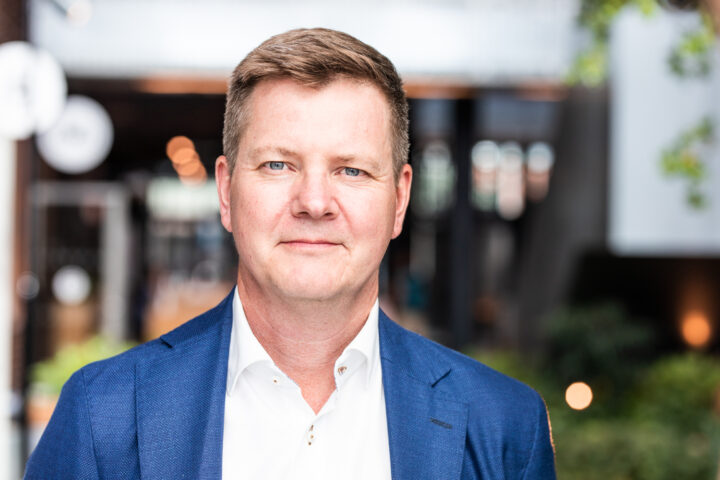 Cyxone’s primary focus is on Rabeximod right now – what do the talks with the FDA mean in this context?

– The FDA is an important component in all development work aimed at commercialisation. We have through Cyxone’s US representative a good interaction with them, and after the Covid study, it is something we emphasised to improve significantly.

– The FDA has returned with some thoughts on current activities as well as factors that may be significant for future studies. We take these views with us in our planning.

The study will mainly be conducted in Poland, Hungary and Georgia, why have you chosen these particular countries?

– We have chosen to give priority to Poland, Hungary and Georgia for various reasons. Here, we have a mix of countries that can get started quickly and where the regulatory process is relatively fast and smooth.

– These countries will contribute a significant part of the patients needed in the study, which is why we think it is important to quickly get the process started.

Finally, you seem to be in the starting blocks for the phase IIb study – what remains to reach this milestone?

– It is important that we now get regulatory approval for our study and then start activating the study centres we will engage.

– We now look forward to seeing the results of the work that we carried out during the first half of the year, where we established a strong collaboration with a considerable number of rheumatology clinics around Europe. This work was done together with our CRO, which has long experience in conducting clinical studies in rheumatoid arthritis. Our position now, prior to study approval could hardly be any better.