BioStock published an article on 22 September 2022 about Cyxone, which can be read in full below.

At the beginning of the autumn, First North-listed Cyxone announced the recruitment of Erika Samuelsson as the new Chief Development Officer with responsibility for clinical and non-clinical activities with Cyxone’s drug candidates. BioStock had the opportunity to ask Erika a few questions about her background, new role and goals.

Malmö-based Cyxone develops drugs for autoimmune diseases. Shortly, the company will initiate a phase IIb study with the candidate Rabeximod in rheumatoid arthritis (RA). In addition, development work is underway in multiple sclerosis (MS) with the clinical candidate T20K.

Focus on phase IIb
Much of the company’s focus is currently on the upcoming phase IIb study in RA. During the summer, Cyxone submitted applications to start the study in Poland, Hungary and Georgia and has recently received approval in Poland. The company is awaiting decisions from the other authorities during the autumn. Learn more.

In the MS project with T20K, preclinical studies and evaluation of different routes of administration are ongoing, which can expand the possibilities for the candidate. Cyxone has also initiated a pilot study with its partner on optimising the manufacturing process. Learn more. 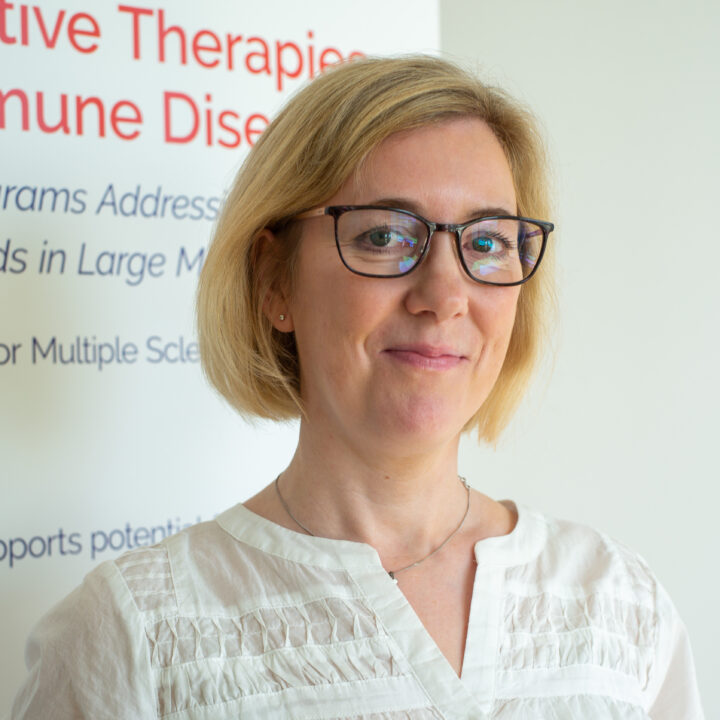 Erika Samuelsson new CDO
These processes will be managed by Erika Samuelsson in her new role as Chief Development Officer. With 20 years of experience in the life science sector, Erika will be responsible for clinical and non-clinical development work with the company’s drug candidates.

Most recently, Erika comes from the diagnostics company Immunovia and has previously held positions at the cell therapy company Idogen and the immunotherapy company Alligator Bioscience. BioStock had the chance to talk to Erika Samuelsson about her background, assignments and goals.

Erika, which of your professional experiences are most relevant to your assignment at Cyxone?

– I have extensive experience in drug development in immunology, for example from Alligator Bioscience and Idogen. There I have been responsible for studies in both early and late stages of development; everything from the development of early research ideas to programmes in clinical development, both in an overall project management role and within CMC.

– Among other things, I was CMC manager when Alligator outlicensed its drug candidate to J&J (Johnson and Johnson) in 2015. It was a very instructive and interesting time.

What is at the top of your priority list right now in your new role at Cyxone?

– The highest priority is the planned phase IIb study with Rabeximod in rheumatoid arthritis. During the summer, Cyxone submitted applications to authorities and ethics committees in Hungary, Poland and Georgia, and right now we are looking forward to receiving answers from them to be able to start the study as soon as possible. This week we received positive news from Poland.

Looking ahead, what are your one-year goals for the various programmes?

– In one year, we hope to be in full swing with the phase IIb study with Rabeximod in rheumatoid arthritis and to have advanced the preclinical activities in the T20K programme to a point where we can prepare for future clinical studies.